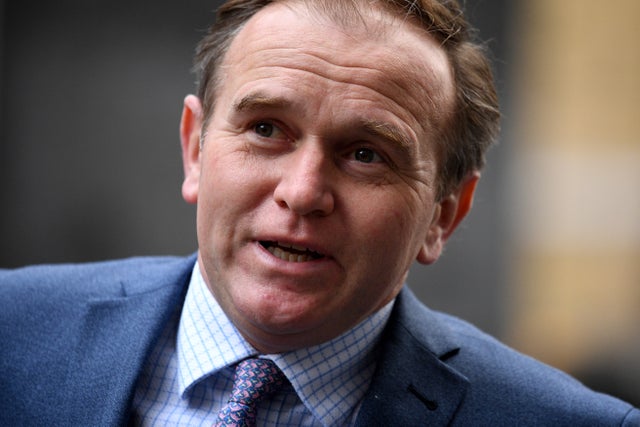 The UK is ready to keep talking in trade negotiations with the EU “until there’s no point doing so any further” but it cannot compromise on issues of sovereignty and control of its fishing waters, a cabinet minister has said.

Environment secretary George Eustice was speaking ahead of a phone call between Boris Johnson and European Commission president Ursula von der Leyen on Monday which is widely seen as the last throw of the dice for a trade deal.

Mr Eustice insisted that the UK was ready for a no-deal Brexit on 31 December if necessary, and rejected Irish foreign minister Simon Coveney’s assertion that it was “not credible” for Britain to claim it could manage a New Year crash-out.“It is in a very difficult position – there is no point denying that,” the environment secretary told Sky News’s Sophy Ridge On Sunday programme.

And he indicated that the UK is not ready to budge on some of the “significant differences” identified by Mr Johnson and Ms von der Leyen in a phone call on Friday – governance, fisheries and the level playing field on standards.

“Those have been clear from the beginning and while of course in these areas we can give undertakings and have political agreements, we can’t do anything that fundamentally violates our sovereignty and we’ve been clear on that from the start.”Mr Eustice sought to cast blame on the EU for undermining progress last week with eleventh-hour demands on fisheries which he blasted as “quite ludicrous and inconsistent with international law”.

You can also read about this   Avonmouth explosion: Four killed in blast at water treatment works near Bristol

“There was some hope early last week, some progress was being made, and at one point it looked like there might be a breakthrough but then the European Union added a whole load of additional demands after that which caused some problems,” he said.We will continue to work on these negotiations until there is no point doing so any further but there is no point denying that what happened late last week was a setback.”

He rejected suggestions that the UK would be unable to cope with a no-deal Brexit.

“We’ve always been clear that if we cannot get an agreement, we will leave – as the Prime Minister says – on Australian terms – without a further negotiated outcome,” he said.

Shadow home secretary Nick Thomas-Symonds said the UK “absolutely” needs a deal with the EU, warning: “There seems to be two paths before us at the moment – a path of leaving the transition period without a deal and leaving with a deal, and we do know how catastrophic the no-deal outcome would be.”

But he declined to be drawn on whether Labour would back any deal in a Commons vote, telling Ridge: “We don’t know at the moment what’s actually going to be presented to Parliament. Will it be the deal as agreed? Will it be a piece of legislation that is actually giving effect to that deal in legal terms, and we’ll have to consider that as well?”

Shadow Cabinet Office minister Rachel Reeves also refused to confirm whether Labour would vote for a deal or abstain.

She told BBC1’s Andrew Marr Show: “Let’s see. At the moment the priority is to get a deal but we’ll have to look at the content of a deal but also any legislation that comes to parliament. We’re not going to give them a blank cheque.”

Ms Reeves added: “Government sources overnight are saying it’s the last throw of the dice – I just say to the Prime Minister, this is not a game of snakes and ladders.

“This is about people’s jobs, about people’s livelihoods, the government has got to deliver on the promises they have made and we will hold them to it.”