Do You Know Newfoundland Canada Is The Foggiest Place In The World? 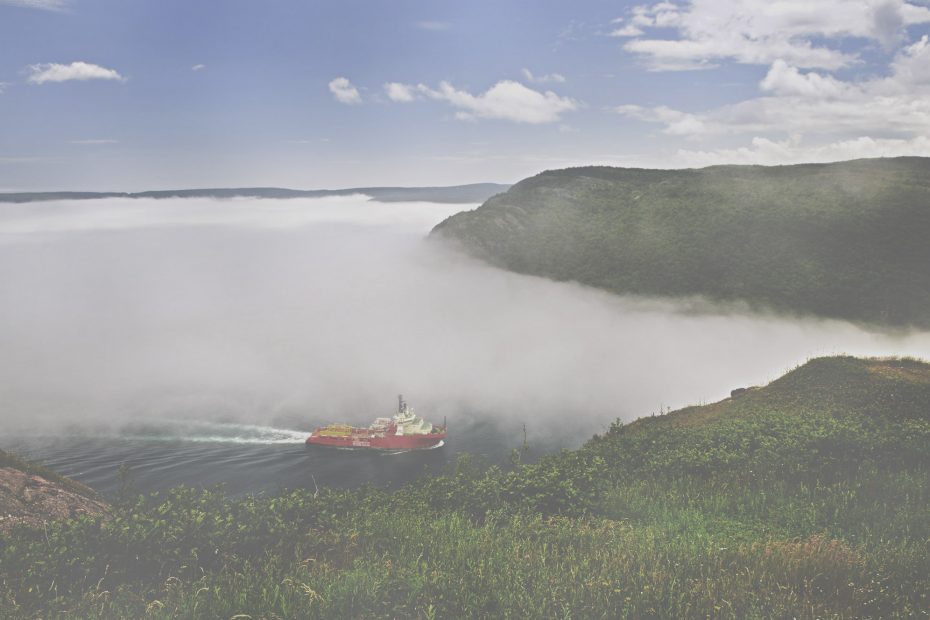 Fog or ground clouds as it is fondly called are millions of tiny water droplets floating the air close to the ground.

One fun fact about fog is the total transformation of a clear landscape by enveloping it in a cloud which reduces human vision to a shorter distance of less than 1 km. It is interesting to know that fog is a source of water for some sea animal and insects.

Fog can create shadows of distant objects and can be dangerous for flight, ship or boat find it difficult to navigate during fog because of the reduced visibility which can cause accidents.

After sunrise the rays from the sun warms and dissipate fog from the top, the thicker the fog the longer for dissipation.

To avoid getting involved in accidents while driving in fog, it is advisable to reduce speed and pay apt attention to the road and avoid distraction, using low beam can actually help you navigate your way in a foggy situation.

Pay apt attention to advisories while navigating through fog.

With 206 days of fog a year Newfoundland in Canada is the foggiest place in the world according to Guinness world record.

Newfoundland and Labrador are located in the eastern province of Canada and the 10th largest province with a total area of 405,212 sq. km with less than a million inhabitants according to 2016 census stats.

Vikings made the first contact with Newfoundland when they settled in L’Anse aux Meadows in 100 AD. Newfoundland and Labrador was an independent nation until the people voted to become part of Canadian confederation in 1949.

You can also read about this   There are signs of recovery for InterContinental Hotels, despite significant RevPAR decline, says GlobalData

Newfoundland is a colorful city with a rich history. During summer Newfoundland and Labrador is an amazing place to be, there are loads of fun and recreational activities to make your time memorable.

Weird Facts About Newfoundland and Labrador

Newfoundland and Labrador Is The Official Name

In order to recognize the enormous tract of land within its borders, the official name of Newfoundland & Labrador was adopted in 2001.

Newfoundland and Labrador experience 206 days of fog yearly, which can be dangerous for navigation, in order to help ships and boats navigate safely the row houses were adorned with different colors to guide ship see through the fog.

As part of efforts to preserve the rich history in Newfoundland and Labrador, UNESCO declared four recognized sites as UNESCO world heritage sites. The sites include

Newfoundland Is Home To 94% Of The Population

Because of its geographical oddity, on December 1, 1901,1 Guglielmo Marconi on the highest peak in St. John’s succeeded in sending the first radio transmission across the Atlantic Ocean.

You can also read about this   Habits of very effective people

Newfoundland and Labrador Is An Island