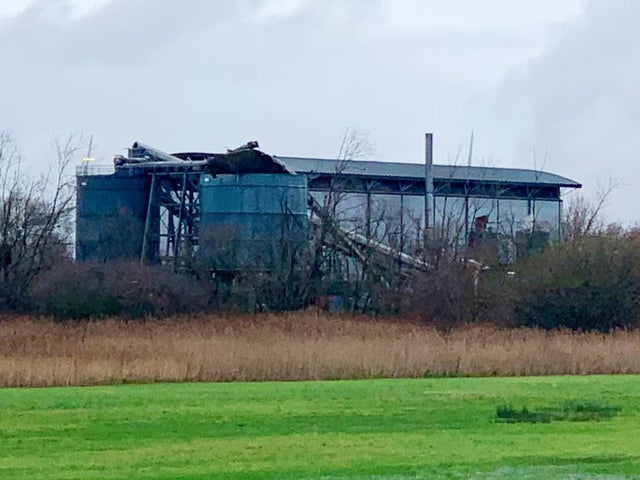 Four people have been killed in a large explosion at a water treatment works near Bristol.

Emergency services were called to reports of a large explosion involving a chemical tank at Wessex Water’s Bristol water recycling centre in Avonmouth at about 11.20am on Thursday.

Chief Inspector Mark Runacres, from Avon and Somerset Police, told a press conference at the scene off Kings Weston Lane that three Wessex Water employees and one contractor died in the blast.

A fifth person was also wounded but their injuries are not thought to be life-threatening.

Mr Runacres said authorities would not be speculating into the cause of the explosion – but confirmed it was not being treated as a terror-related incident.
He told the briefing: “Specially-trained officers have this afternoon made contact with each of the families of those individuals and informed them of the sad news.

“This is a tragic incident and our thoughts and sympathies go out to them.”
Steve Preddy, Unite regional secretary for the South West, said the union had three members working at the Wessex Water site in Avonmouth, all of whom were uninjured, although in a state of shock.

Wessex Water chief executive Colin Skellett said: “We are absolutely devastated that the tragic incident at our site earlier today has resulted in four fatalities.

“Our thoughts are with the families, friends and colleagues of those involved.

“We are working with the Health and Safety Executive to understand what happened and why.”
Prime minister Boris Johnson said “our hearts go out” to the victims of the Avonmouth tragedy and their families

You can also read about this   Investigating Fascinating Kazakhstan
Tags:Politics news